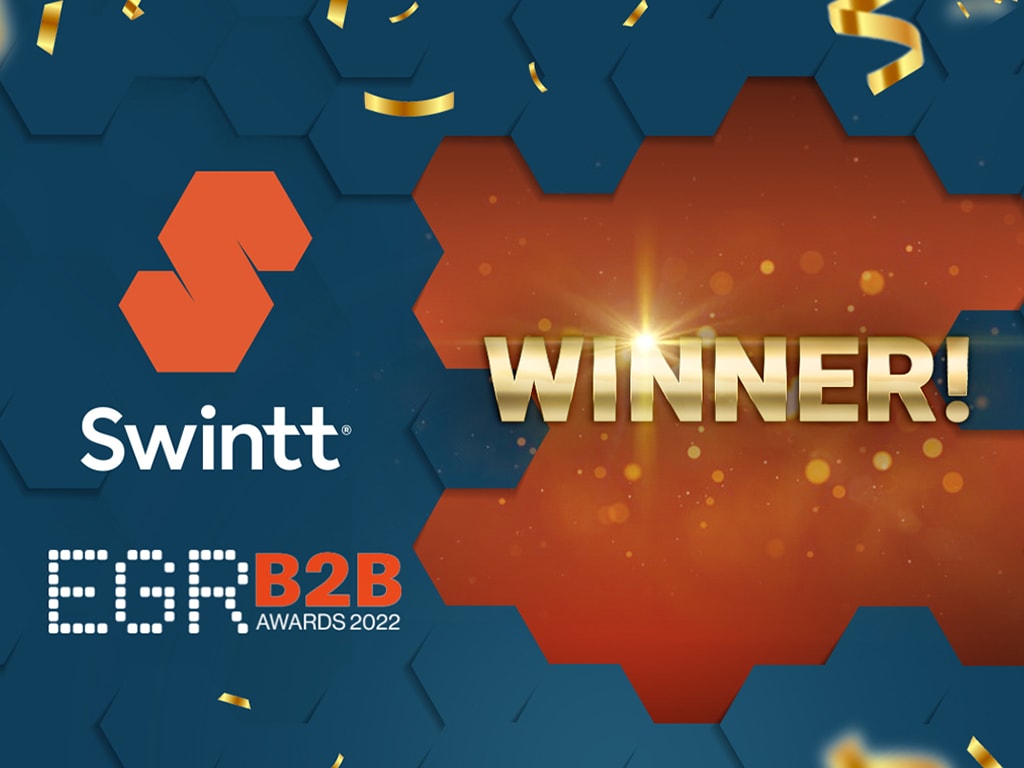 Swintt, the pioneering mobile-first software studio behind recent releases The Crown and Mystic Bear XtraHoldTM, has been recognised for its outstanding achievements over the past 12 months after being named winners of the Innovation In Mobile Category at the EGR B2B Awards 2022.

The coveted industry prize was deservedly collected on the back of a phenomenal year for the studio in which it released a further 44 mobile-friendly titles at 52 online operators in legal gaming jurisdictions across the globe. Among them were a number of successful Premium releases such as Orient Train and Extra WinX, as well as ground-breaking Select slots such as Rock N Ways XtraWaysTM.

With the judging criteria for the category being heavily focused on product performance and innovation, Swintt’s case for winning was undoubtedly strengthened by the studio unveiling several revolutionary bonus mechanics throughout the judging period, including XtraWaysTM and XtraLockTM.

The latter, in particular, proved to be a huge hit with players after making its debut in the incredibly successful Select title, Aloha Spirit XtraLockTM. The pioneering bonus feature helped the slot smash all kinds of records on its release, increasing the total number of bets placed during the first week of launch by 796% compared to the average and boosting the average wager by an eye-watering 1,234%.

Of course, being a mobile-focused awards category, the performance of Swintt’s games on portable devices was also a driving factor in their success. With all games featuring reactive displays that adapt to fill every inch of the screen, players are treated to a fully immersive user-experience that utilises cutting-edge graphics and sound to redefine the boundaries of what’s possible from a mobile release.

With all these factors and more helping convince a panel of impartial, external judges working under the expert supervision of Deloitte Adjudication that Swintt were worthy of receiving the award, they ultimately emerged as deserved winners to cap what has been a truly remarkable year for the studio.

David Mann, Chief Commercial Officer at Swintt, said: “Swintt is obviously delighted to be named winners of the coveted Innovation In Mobile category at the EGR B2B Awards 2022. To be honoured at such a prestigious industry event while fighting off competition from so many other incredible studios really is testament to how much our company has grown during the 12-month judging period.

“With Swintt always taking a mobile-first approach to game development across our product verticals, we pride ourselves on providing seamless, high-definition gameplay that performs equally well across all portable devices. Having now been recognised by EGR for doing just that, we’re looking forward to sharing our innovative and intuitive mobile titles with even more fans of on-the-go gaming in 2022.”